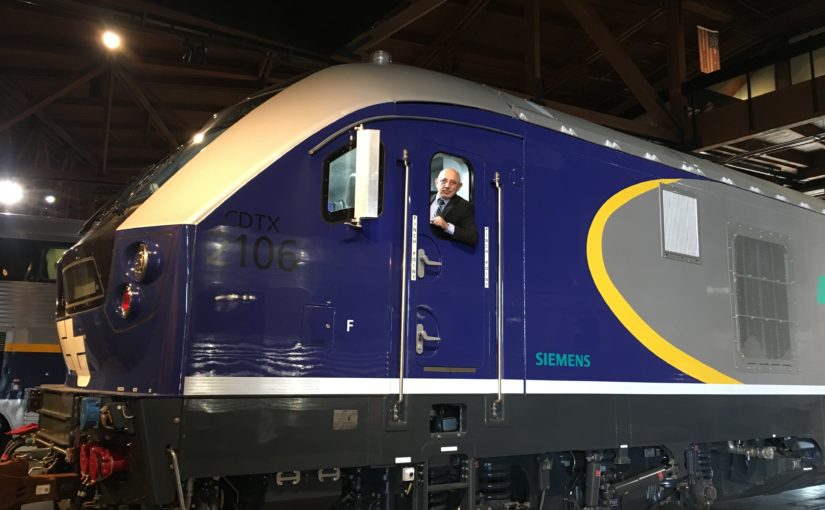 On Tuesday, April 18, 2017 – just four days before Earth Day on April 22 – the Capitol Corridor, along with Siemens USA and the California State Transportation Agency (CalSTA), unveiled an Earth Day gift to the Northern California megaregion – a new, environmentally-friendly, California-built locomotive.

It’s one of six being delivered for service in Northern California and was on display amidst vintage rail cars at the California State Railroad Museum in Sacramento during the California Passenger Rail Summit held in the capital city April 18-19. The locomotives will begin a 30-day testing period on the Capitol Corridor by the end of April, and then, once testing is complete, they will begin service on both the Capitol Corridor and San Joaquin routes.

What’s So Special About the New Locomotives?

Besides the shiny exterior and “new train smell”, these clean, diesel-electric locomotives are the first high-speed passenger locomotive to receive Tier IV emissions certification from the Federal Railroad Administration (FRA). Tier IV designation means that the locomotives meet very stringent emission standards, providing 90% improvement on emissions compared to a Tier 0 engine. They are equipped with electronically-controlled, regenerative braking systems that use energy from the traction motors during braking to minimize fuel consumption. Also, the engine of the new locomotive provides 16% improvement in fuel efficiency over the non-Tier 4 locomotives that they are replacing.

For more information about these new locomotives, read our complete News Release.

Enjoy photos below from the locomotive press event/unveiling held at the California State Railroad Museum on Tuesday, April 18.| 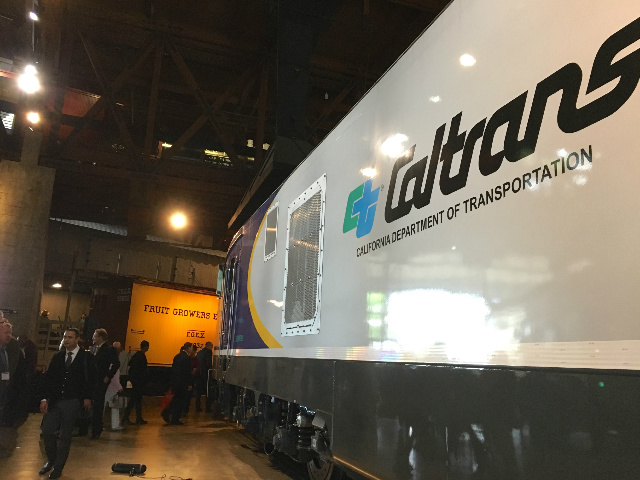