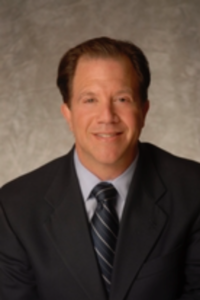 As some of you may recall, the Capitol Corridor Train 527 was involved in an incident on December 7, 2016.  Passengers who were on board experienced jolting along the route between Sacramento and Davis. Some passengers reported being shaken by the experience and one claimed minor injury.

This past week, an article, as well as an editorial, were in the Sacramento Bee regarding this incident. As reported in the article, Amtrak issued a statement on Monday, March 27, 2017 indicating that the December 7th incident was caused by “human error” and the train crew’s performance had “been addressed in accordance with Amtrak procedures.” The article also calls into question how Amtrak responded to media and public inquiries about what happened and why it happened.

I feel it is important to address these articles and the serious concerns voiced in them.

Please know that CCJPA staff are committed to providing you a safe ride every time you use our service. The incident on December 7th was clearly an unfortunate one and could have been avoided.  Overall, passenger rail stands out as one of the safest means of public transport. The Capitol Corridor has safely transported more than 20 million passengers in our 25 years of service. The Capitol Corridor trains travel over 100 million passenger miles each year. California Highway Patrol reported in 2016 there were 677 freeway accident fatalities within the eight counties we serve. As you can see, the Capitol Corridor has an outstanding safety record and, as always, will maintain an excellent safety culture.

As we experienced on December 7th, incidents, while rare, can happen. Fortunately, no one was seriously injured, and Amtrak has addressed the train crew’s performance in accordance with their internal procedures. Still, we recognize the concerns people have had in the aftermath, and we’d like to clarify how we handled the situation and why it may have seemed to the authors of the articles that we were not being as forthcoming as some might have expected.

The primary reason why the CCJPA could not provide a detailed explanation of what happened in the days and weeks following December 7th is that there was an investigation of the incident in progress, and we simply did not have any information to share with the public or with the media. In fact, it would have been irresponsible of us to draw any conclusions about what happened without knowing the results of the investigation.

In any incident that occurs along a railroad, the service operator, in this case, Amtrak, must conduct a thorough investigation of the incident. Amtrak began their investigation immediately after the incident and submitted their results to the Federal Railroad Administration (FRA). The FRA then conducted their own investigation and determined that Amtrak had satisfied all the requirements for the FRA and that no further investigation would be required. During the investigation, CCJPA cooperated with all media and public requests.

With the December 7th incident and the investigation now behind us, we are focusing on upholding our commitment to ongoing safety along the Capitol Corridor route. As mentioned earlier, Amtrak has addressed the incident in accordance with their procedures and has satisfied the reporting requirements of the FRA.

Concurrently, the CCJPA has been working with Caltrans and Amtrak on the installation and testing of an FRA-mandated railroad safety system called Positive Train Control (PTC).  PTC is an advanced, data-driven collision avoidance system that will prevent potentially dangerous situations, such as trains going too fast, passing through a stop signal, or entering a railroad work area. Working with Amtrak, we have made excellent progress in installing the required PTC hardware on the locomotives and cab cars assigned to the Capitol Corridor, and will be testing PTC functionality with Union Pacific in late 2017 when the last component of the PTC system, the remote Back Office Server, is installed by Amtrak.

The CCJPA thanks you for your loyalty and placing your trust in us for your safety each and every day.