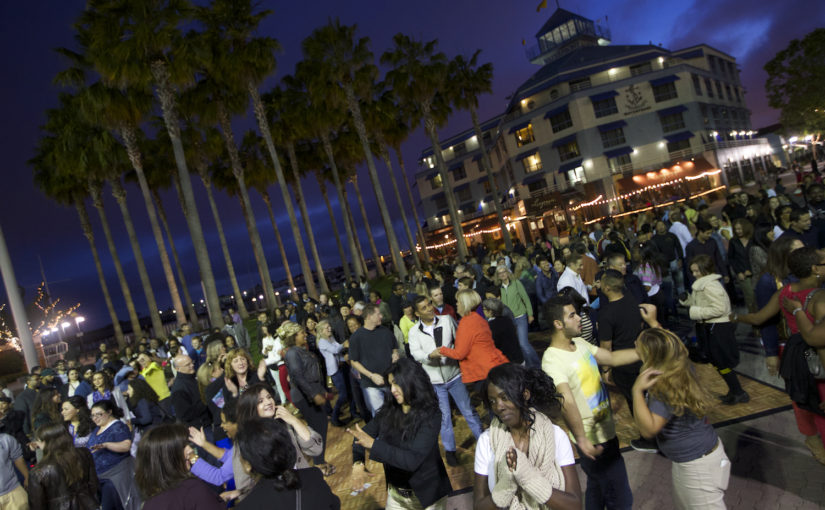 Dance the cha cha under the stars in Oakland, enjoy an all-day Italian affair at the Moderno Italiano Festival in Sacramento, join the largest Filipino celebration in San Francisco, and watch an annual bike race on the waterfront in Suisun. All these weekend event picks are taking place along the Capitol Corridor!

Dancing Under the Stars: 8/12, Oakland

Bring your dancing shoes to Jack London Square in Oakland for an evening of Dancing Under the Stars. From experienced dancers to jiving newbies, everyone is invited to this festive event on Friday, August 12, to dance the night away! Beginning at 8:30pm, there will be free, half-hour dance lessons taught by professional dance instructor Bradley Montoya, who will instruct the Cha Cha, Rumba, Salsa, and Swing Time Swing; a mixed music dance party from 9pm to 10pm will follow immediately after. To get there, take the train to the Oakland Jack London Square Station, which is just steps from the fun.

The 7th Annual Moderno Italiano Festival, a celebration of modern Italian design, film, and food, is happening this weekend in Midtown Sacramento, Davis, and the Public Market Emeryville. Hosted by Hot Italian Pizza Bar, they will offer Italian wine, cheese, and beer tastings sourced from Italian purveyors. There will also be an Italian-style field day featuring bocce, soccer, and an unveiling of the new FIAT 124 Spider, which festival-goers are invited to test-drive. The festival will have two nights of film screening — “Palio” on Friday, August 12 at 8pm, and “A Five Star Life” on August 13 at 8pm at Fremont Park in Midtown. All three locations are easy to get to from the Capitol Corridor at the Sacramento, Davis, and Emeryville stations, respectively. From the Sacramento Station, you can walk to Midtown or take Sacramento Regional Transit (SacRT) from the station with a free transfer available on the train.

Come to the largest celebration of Filipino art, dance, music, and food at the annual Pistahan Parade & Festival in San Francisco. This two-day free event is considered the largest gathering of Filipino Americans in the U.S. and is expected to draw over 75,000 people each day. On Saturday, August 13, there will be a parade starting at 11am at Civic Center. On both days, the festival will go from 11am to 5pm at Yerba Buena Gardens. There will be seven pavilions to discover and explore, including an art exhibit of Filipino artists, a mini Filipino museum displaying antiques, a culinary pavilion featuring local restaurants and regional cuisine, and a sports pavilion showcasing some of the finest amateur athletes from the San Francisco Bay Area. There will also be a martial arts tournament and a folk dance demonstration. To get to San Francisco, take the Capitol Corridor’s dedicated connecting bus from the Emeryville Station to the Transbay Temporary Terminal at 200 Folsom St., or connect to BART at the Richmond or Oakland Coliseum stations and take BART to the Powell or Civic Center stops.

Some of the best professional and top amateur cyclists will gather on the shores of the Suisun Marina for the 17th annual California Cup. This will be a day of exciting criterium racing, which consists of several laps around a closed circuit. Starting at 8am on Sunday, August 14, racers will ride the fast, flat circuit course, with seven races in various divisions from local juniors to top level men and women racers. The last race starts at 1pm. To get there, take the Capitol Corridor to the Suisun Station, and you’ll be a short stroll from it all.