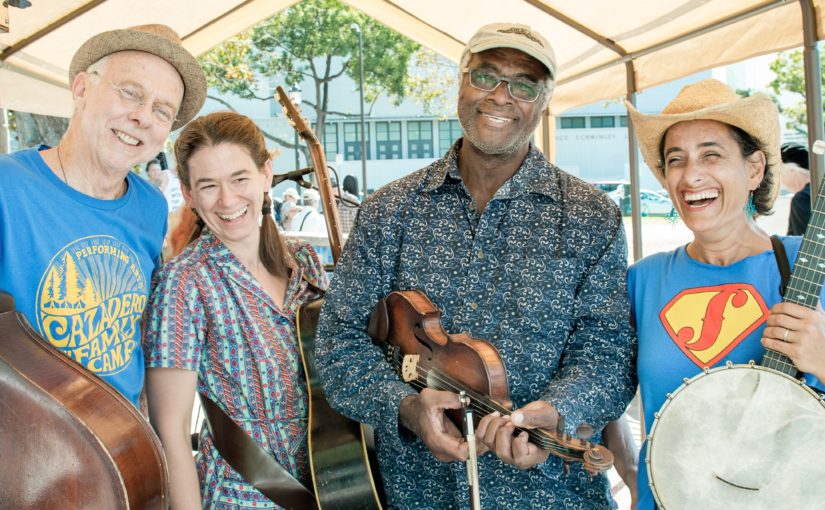 Whether you’re enjoying some Appalachian mountain music in Berkeley, Blues in Martinez, celebrating the history of the San Francisco Fire Department, or eating affordable, sustainable food in Oakland, get ready for a fun-filled weekend along the Capitol Corridor!

Come and listen to some of the most exciting Appalachian mountain musicians of today at the 14th annual Berkeley Old Time Music Convention. For five days, starting Wednesday, September 21 to Sunday, September 25, there will be two triple-bill concerts, square dances, open cabaret, a string band contest with 15 bands, master classes and plenty of informal jamming at various locations all over Berkeley. There will also be family-friendly activities, including musical saw and jaw harp — a participatory show that is fun for everyone — at the Berkeley Public Library, as well as an afternoon family dance on Sunday, where a live fiddler and a caller will teach easy dances from 3pm to 4:30pm. Admission is free to many activities, with ticketed events, including instructional workshops, running from $15 to $25. To get there, take the train to the Berkeley Station, and connect to downtown Berkeley on AC Transit. Or, take the train to the Richmond Station or Oakland Coliseum Station, connect to BART, and get off at the Downtown Berkeley BART stop, which is just a short walk from the event.

Head to Martinez this weekend for the sixth annual Bay Area Blues Festival in the town’s Historic Downtown area. From 10am to 6pm, September 24 and 25, the admission-free event will feature amazing Blues music on two stages with bistro-seating areas, arts and crafts exhibitors, gourmet food booths, kids activities, a Farmers’ Market, craft beer, and fine wines. Kids can also purchase chalk to create their own chalk art designs. To get there, take the Capitol Corridor to the Martinez Station, which is just a short stroll from downtown.

Get ready to feast for three fun-filled days in Oakland’s Jack London Square at the Eat Real Festival. The annual event is a combination of a state fair, street-food and block party celebrating good food with a focus on artisan food craft, street food, craft beers, local wines and delicious cocktails—all featuring sustainable local ingredients, with no dishes costing more than $8. There will be a variety of food from tacos, BBQ, falafel, salads, sandwiches, curry, grilled meats, vegetables, noodles, fruit, ice cream, and hot dogs. By highlighting fresh and local ingredients, the event’s aim is to show how easy it is to support a regional food system by bringing farmers, food producers and diners together. Proceeds from the event will support the Food Craft Institute, a non-profit educational institution advocating traditional food craft, entrepreneurship, and economic development for small business. Admission is free and all food purchases are cash only. To get there, Take the train to the Oakland Jack London Station, which is just steps from the festival.

Celebrate a century and a half of firefighting and emergency response in San Francisco at the SFFD 150th anniversary celebration. The weekend-long celebration at Fisherman’s Wharf will include live demonstrations of historical horse drawn fire engines from the 19th and early 20th centuries, along with displays of historic apparatus and vehicles. There will be a grand parade on Saturday, September 24 starting at 10am, with other fun activities taking place throughout the weekend through 3pm on Sunday, September 25. The best way to get to Fisherman’s Wharf is to take the train to the Richmond Station or Oakland Coliseum Station and transfer to BART for travel to the Embarcadero BART station in downtown San Francisco. From there, you can take Muni’s F Line or hop in a cab, Uber, or Lyft.