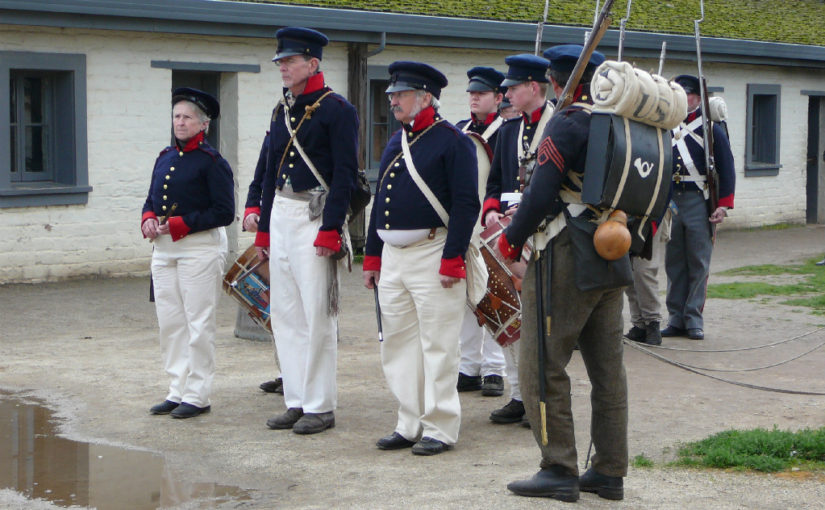 Spend Presidents Day Weekend learning about the first Californian emigrant trails in Sacramento, celebrating all things Russian in San Francisco, remembering the Japanese internment camp in San Jose and kicking off the keg while playing bingo in Oakland. The weekend is packed full of events along the Capitol Corridor!

What better way to celebrate President’s Day Weekend then to learn about the history of California emigrants? Bring the whole family and head out to Sutter’s Fort State Historic Park on Saturday, February 18, for Hands on History: By Land and By Sea. From 10am to 5pm, visitors will have a chance to step back in time to the 1840s to understand the two different ways emigrants originally came to California – by land or by sea. Learn about the unique challenges they faced, what daily life was like during their journeys and their amazing tales of adventure. There will be activities for all ages, including packing a wagon for the long journey, determining latitude with a sailing sextant, hoisting a laden barrel, weaving rope, learning simple knots, creating maps, and even marching around the Fort with the NY Volunteer fife. There will also be demonstrations of black powder weaponry including the crowd-favorite firing of Sutter’s cannon. Tickets are $7 for adults, $5 for youths (6 to 17) and free for children 5 and under. To get there, take the train to the Sacramento Station. You can take Sacramento Regional Transit (SacRT) from the train station with a free Transit Transfer from a Capitol Corridor conductor to Sutter’s Fort State Historic Park.

With over 800,000 Russian-speaking Bay Area residents, it’s no surprise the biggest celebration of its diverse communities will be held this weekend at the 28th annual Russian Festival in San Francisco. Come enjoy traditional Russian dishes like piroshki, borsch, pelmeni and the ever-popular flavored vodkas. From 6 to 9:45pm, a dance party held 9:45pm to 12:30am on Friday; 12pm to 10pm on Saturday; and 12pm to 7pm on Sunday, the three-day festival will feature a variety of Russian performances — from folk singers, ballet, and folk dancers, to the Firebird Dance Ensemble. Vendors will be selling souvenirs like Russian scarves, Baltic amber, lacquer boxes, matryoshka dolls and face painting and crafts for kids. Be sure not to miss the historic treasures in the Museum of Russian Culture. Tickets can be purchased online, $12 for Adults, $8 for seniors/students and free for children under 12. To get there, take the Capitol Corridor’s dedicated connecting bus from Emeryville to one of our San Francisco stops, or connect to BART and get off at the Montgomery Street Station. You can walk from the bus or BART stops or take Muni, catch a cab, or take Lyft or Uber. Discount BART tickets and Muni tokens are available for purchase in the Café Car of the Capitol Corridor.

Pay tribute to those who have experienced the hardships of the WWII Japanese Internment Camp 75 years ago, at the annual San Jose Day of Remembrance. From 5:30pm to 7:30pm on Sunday, February 19, the event will commemorate the signing of the Executive Order 9066, which led to what is known as the Japanese Internment, and recognizes the anniversary of the Civil Liberties Act of 1988. Samina Massod, the Executive Director of Silicon Valley FACES, Congressman Mike Honda will be guest speakers and there will be performances by Bay Area’s Premier Arab Music Ensemble, Aswat and Japantown’s traditional drumming troupe, San Jose Taiko. The 2017 event will carry the theme, “Stand Up To Hate,” bringing different communities together to build trust, respect, understanding among all people and to renew the pledge to fight for equality, justice, and peace. To get there, take the train to the San Jose Diridon Station. The event is held at San Jose Buddhist Church Betsuin, which is accessible by the VTA, with a free Transit Transfer from the Capitol Corridor.

Enjoy the last day of the 10-day SF Beer Week, by playing games at the Beer Bingo & Keg Kicking Party on Sunday, February 19. From 4pm to 8pm, beer aficionados will be able to sample some of the most inventive craft brews while playing Beer Bingo, and giving a chance to kick some kegs – “finishing off the keg.” The finale free event will be held at the Good Hop and there will be food trucks available on site. To get there, take the train to the Berkeley Station, and connect to downtown Berkeley on AC Transit with a free Transit Transfer from the Capitol Corridor. Or, take the train to the Richmond Station or Oakland Coliseum Station, connect to BART, and get off at the 19th Street Oakland stop, which is just a short walk from the city center.