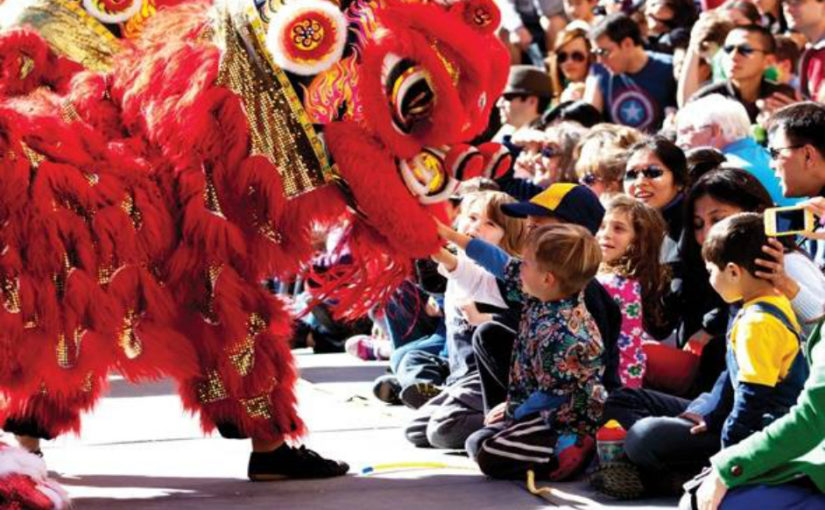 Celebrate the Lunar New Year in San Jose, meet your favorite baseball players in Oakland, experience a historical Civil War day in San Francisco, and have a pork fest in Sacramento all week long. Get ready for a fun weekend along the Capitol Corridor!

Bring the kids and head over to San Jose Museum of Art (SJMA) this Saturday, January 18, to celebrate the Lunar New Year. From 11am to 5pm, the free admission event will usher in the Year of the Rooster with festivities for the whole family; including interactive art-making activities such as Lunar New Year paper lanterns, noise-makers that mimic rooster sounds and Chinese knots. Contribute wishes for the new year to SJMA’s Community Wish Tree, a collaborative installation that will document the hopes and aspirations for 2017. There will also be a photo session with your favorite lion and local musical ensembles will perform a variety of traditional songs from Vietnam, China, and Japan. To get there, take the train to the San Jose Diridon Station. The museum is accessible by the VTA, with free Transit Transfer from the Capitol Corridor conductor. Public transit options can be found on Google Maps.

Come support the team and meet your favorite Oakland A’s player this Saturday, January 28, at Jack London Square. Starting at 11am to 5pm, Oakland A’s Fanfest, presented by CSN California, will start off with a meet and greet event. There will be team introductions, a “State of the Team” address by A’s President Dave Kaval, Oakland A’s manager Bob Melvin, coaches and players will answer fan questions, take photos and sign autographs. There will also be a memorabilia sale, stomper photo sessions, food trucks and a kids area with interactive games. After years of being indoors at the Oakland Coliseum and Oracle Arena, this year’s free event will now be held on the waterfront at Jack London Square. To get there, take the train to the Oakland Jack London Station, which is steps from the celebrity event.

Get ready to relive a historical day in Civil War history at Fort Point Civil War Days in San Francisco. On Saturday, January 28, experience first-hand the momentous era of the American Civil War with live re-enactors, music, Victorian dance, exhibits displaying medicine in the 1800s and learn about the daily lives of men, women, children and of course, soldiers of the era. There will be activities for the whole family including a flag-raising ceremony, live infantry drill demonstrations every hour and artillery discussions every half-hour starting at 10am to 5pm. The free, all-day event will be held at Fort Point, which stands watch under the southern anchorage of the Golden Gate Bridge. To get there, take the Capitol Corridor’s dedicated connecting bus from Emeryville to one of our San Francisco stops, or connect to BART at the Richmond Station or Oakland Coliseum Station. From any of these San Francisco bus or BART stops, you can take public transit using Google Maps, catch a cab, or take Lyft or Uber. Discount BART tickets and Muni tokens are available for purchase in the Café Car of the Capitol Corridor.

Who doesn’t love bacon? Bring your empty stomach and get ready to “pork out” in downtown Sacramento for the sixth annual Bacon Festival. This year, there will be special bacon highlighted events running all week long, including the first ever Bacon Burger Battle, a Bacon, Cider and Skee Ball match, Bacon Fest Pancake Breakfast, and even a Kevin Bacon Soundtrack Tribute show. There will also be special menu items at nearly 100 regional eateries throughout downtown Sacramento. For a complete list of events and to purchase tickets, please visit Sacramento Bacon Fest’s Facebook page. To get there, take the Capitol Corridor to the Sacramento Station. From there, you can walk, take a cab, Uber or Lyft, or hop on the SacRT Gold Line with a free Transit Transfer to event locations.