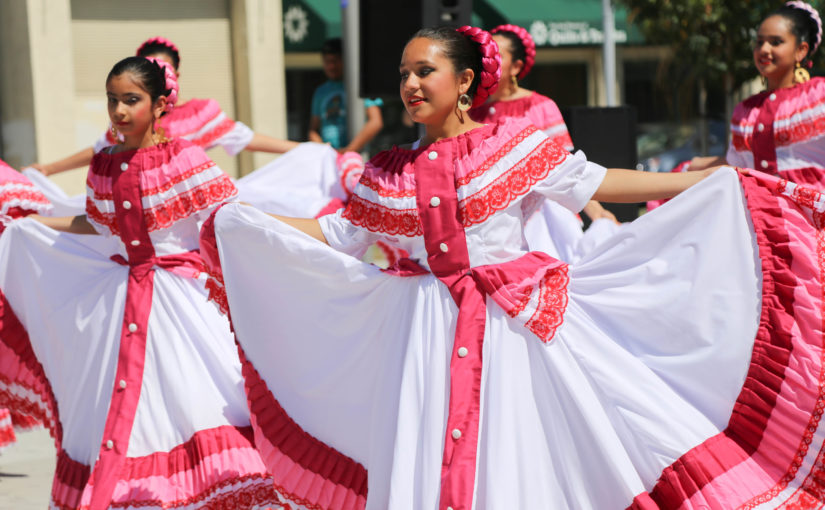 Enjoy a weekend watching some of the best local dancers in Oakland, celebrate Latin Culture in San Jose, commemorate the life of Cesar Chavez in San Francisco, and relive the summer of love in Berkeley. There’s a whole lot to do this weekend all along the Capitol Corridor!

Enjoy a day of rhythm and fun at The Oakland Dance Festival on Saturday, April 29, from 12pm to 8pm at Jack London Square. Come watch some of the best dancers, choreographers, and teachers from the top local dance studios. From the littlest dancers to professional adults, the festival will showcase a dazzling array of dance genres including jazz, ballet, modern, hip-hop, tango, and traditional dances from Brazil, Asia, Africa, and India. There will also be workshops and master classes celebrating the power of dance. To get there, take the Capitol Corridor to the Oakland Jack London Square Station, which is just steps from the waterfront.

Come for a celebration of art and culture from the Latin American diaspora at MACLA/Movimiento de Arte y Cultura Latino Americana – Family Art Day. On Saturday, April 29, from 12pm to 4pm, there will be hands-on visual art activities with professional artists, bilingual gallery tours, multicultural dance, and musical performances on an outdoor stage. Take part in free, half-hour Venezuelan folk dance classes offered for youths and free yoga classes – as part of Bay Area Dance Week. All classes and performances will be outdoors, so please dress in comfortable shoes and clothing. Mexican food from Taqueria Angelica’s will be sold at the event. To get there, take the train to the San Jose Diridon Station. The park is accessible by the VTA, with a free Transit Transfer from the Capitol Corridor conductor. Public transit options can be found on Google Maps.

Join the celebration commemorating the life and work of the labor and civil rights leader at the annual Cesar E. Chavez Holiday Parade and Festival in San Francisco in Saturday, April 29. The kickoff parade, starting 10 am, will feature multi-cultural organizations and performance troupes representing the artistic styles of various Latin-American nations. The parade will start at Dolores Park on 19th and Guerrero, and then proceed to 24th Street. The Parade Grand Marshall — Jesse Arreguin, Mayor of Berkeley — will join thousands of Bay Area residents, families, schools, religious groups, labor unions, and community organizations celebrating Cesar’s legacy as a leader in workers and civil rights. Right after the parade, from 11am to 6pm, stick around for the street fair and festival with cultural dance and music, arts and crafts, local community resources, and information booths. There will also be a children’s area, a classic car Show, and a variety of merchants. The free event is the largest honoring the life of Cesar Chavez and will draw a diverse crowd of participants and attendees from different demographics and cultures. To get there, take the Capitol Corridor’s dedicated connecting bus from Emeryville to the Transbay Temporary Terminal. You can also take the Capitol Corridor to the Richmond Station or Oakland Coliseum Station, connect to BART and ride to the 16th Street Station, which is just a short walk to Dolores Park.

Head over to Berkeley and relive the psychedelic-inspired revolution of 1967, when more than 100,000 youths traveled to the San Francisco Bay Area. On Saturday, April 29, from 12pm to 5pm, four blocks of Telegraph Ave in Berkeley from Bancroft Way to Dwight Way will be closed to cars for the 50th Anniversary of the Summer of Love. The event includes a free concert with 60s cover bands, art making (including tie-dying), handmade craft vendors, interactive games, political/civic engagement, and a 1960s vibe. The kid’s activities corner will have jugglers, stilt walkers, and bubble machines. A free historical walking tour will leave every hour for those who want to learn more about the history of the Summer of Love. Show up dressed in your best hippie fashion and dance in the street like it’s 1967! To get there, take the train to the Richmond Station or Oakland Coliseum Station, connect to BART, and get off at the Downtown Berkeley stop, which is just a short stroll to the free festival.