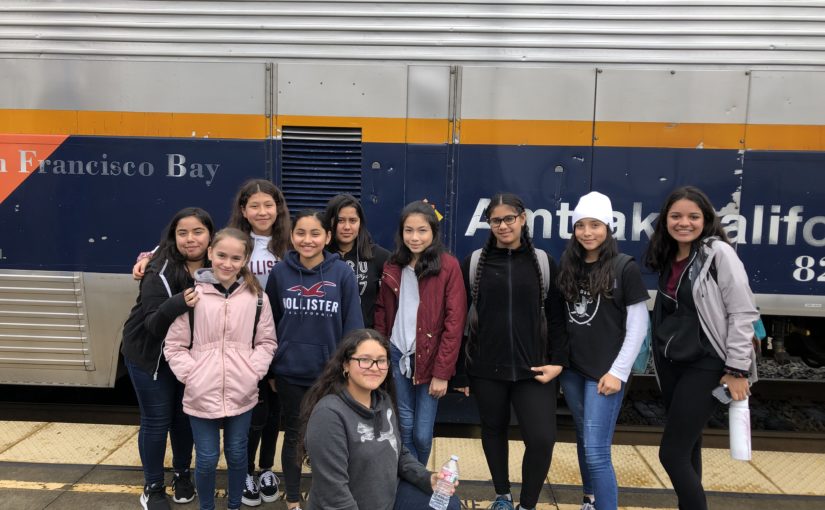 On March 6, 2019, the Capitol Corridor sponsored a group of ten girls from the Sacramento chapter of Women’s Transportation Seminar (WTS) to ride the train to Rosie the Riveter National Park in Richmond.

WTS is an international organization dedicated to the advancement of women in the transportation industry. In the US, WTS offers Transportation YOU, an outreach and mentorship program for girls ages 13 to 18 that introduces them to a wide variety of transportation careers, and cultivates their interest and efficacy in science, technology, engineering, and math (STEM).

Many of the girls selected to participate in Transportation YOU come from lower socioeconomic backgrounds, often lacking exposure to female representation in STEM. WTS Sacramento Board Member and group leader Julie Passalacqua knew that taking a field trip to Rosie the Riveter by train would be a valuable experience for these girls, who attend Sylvan Middle School in Citrus Heights, an underprivileged Sacramento suburb.

The day began when the group boarded at Sacramento Valley Station onto westbound Capitol Corridor train 531. Passalacqua said she found out on the day of the trip that only two of the ten girls had ever been on a train before. “For them, just riding the train to Richmond was exciting, and they were so excited even just going over the Benicia/Martinez bridge.” 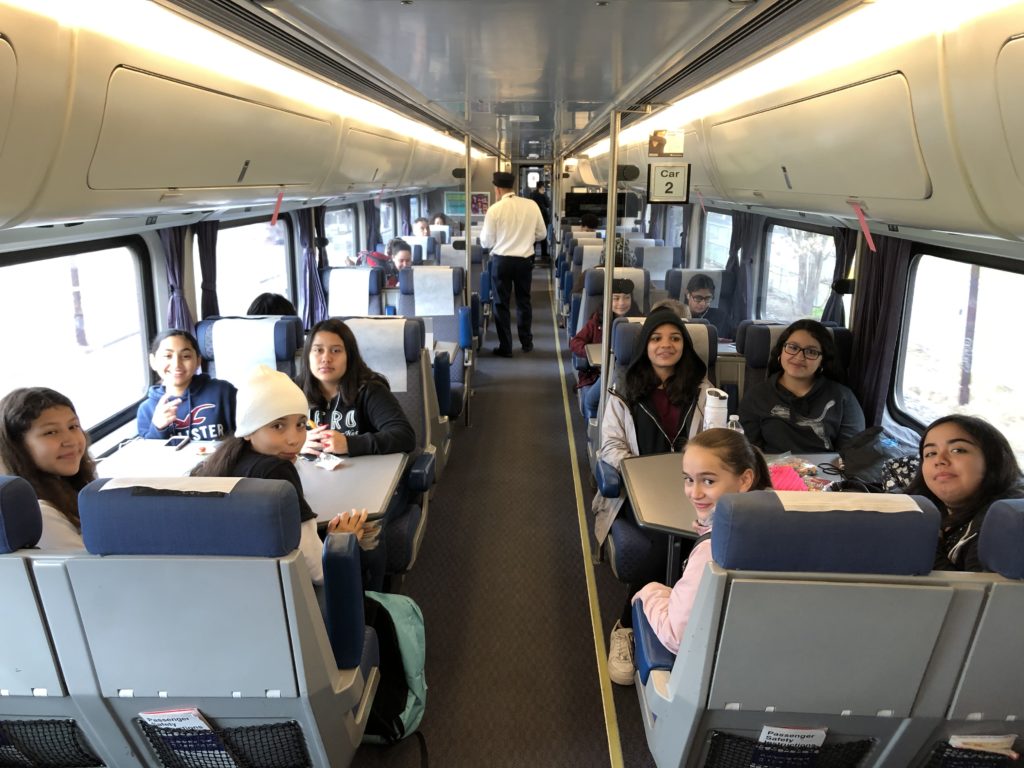 “They said the best part of this trip was taking the train… It was a super easy, stress-free commute, and they were talking about how much more enjoyable it was to take the train and easier than if they had driven.”

Once the group arrived at Richmond Station, they connected to AC Transit with a free Transit Transfer from the Capitol Corridor, and were on their way to the museum. At Rosie the Riveter, the girls took a tour, watched video presentations, and had fun with interactive activities. They learned about the history of Home Front workers during WWII, specifically the recruitment of women and minorities into the workforce that transformed industrial centers like Richmond into “boom towns”. 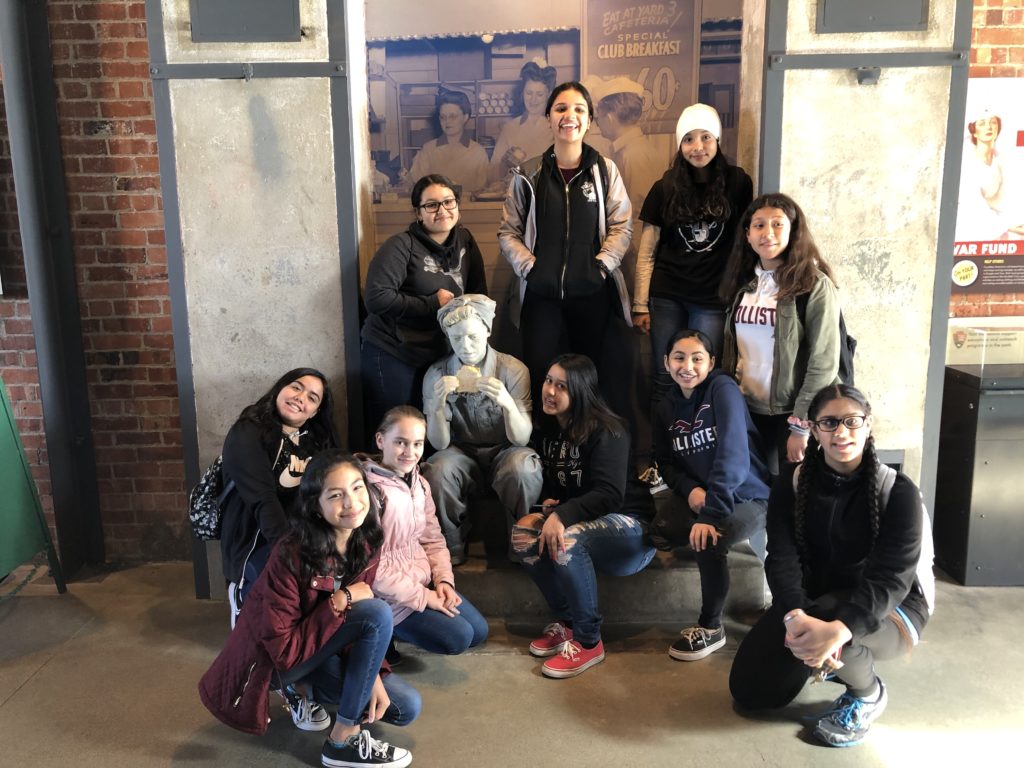 The visit concluded with time for reflection and discussion. The girls were in awe of these women and were disappointed that they lost their new, well-paid jobs once the men came back from war.

Nevaeh Granados, age 13, said she had no idea that women worked in the shipyards and built ships. Irma Grajeda, age 12, shared her fascination. 13-year-old Karla Ceballos was amazed at how many aspects of our modern society are related to engineering— including the design and construction of trains, buses, roads, and routes. This realization encouraged both Karla and Irma to consider careers in transportation.

“I always feel so inspired after going on one of the engineering field trips,” said Irma. “I always feel like I can do anything I set my mind to do and the museum was proof that I can do a lot and that women are just as equal as men. It made me very happy to spend time with other girls and women who want to go into the sciences or engineering fields. I feel supported and thankful.”

The same was true for 13-year-old Vanessa Cruz, who said she has “had a lot of first times because of the WTS program, so I’m really grateful.”

In the past, Transportation You field trips have included the Forest Hill Bridge in Auburn, the Bay Bridge and boat tour, and the California State University Maritime Academy.

Passalacqua recalled a past trip with a group of high school girls to Teichert Aggregates Plant in Sacramento. The mining engineer who gave the group their tour was a woman, and the experience made such an impression on one of the young women that now, five years later, she is pursuing a degree in engineering at the University of Minnesota.

“This is someone who had never even thought of it as a career path,” Passalacqua said. “This is what we are going for. Even if we touch one girl, it’s a success.” 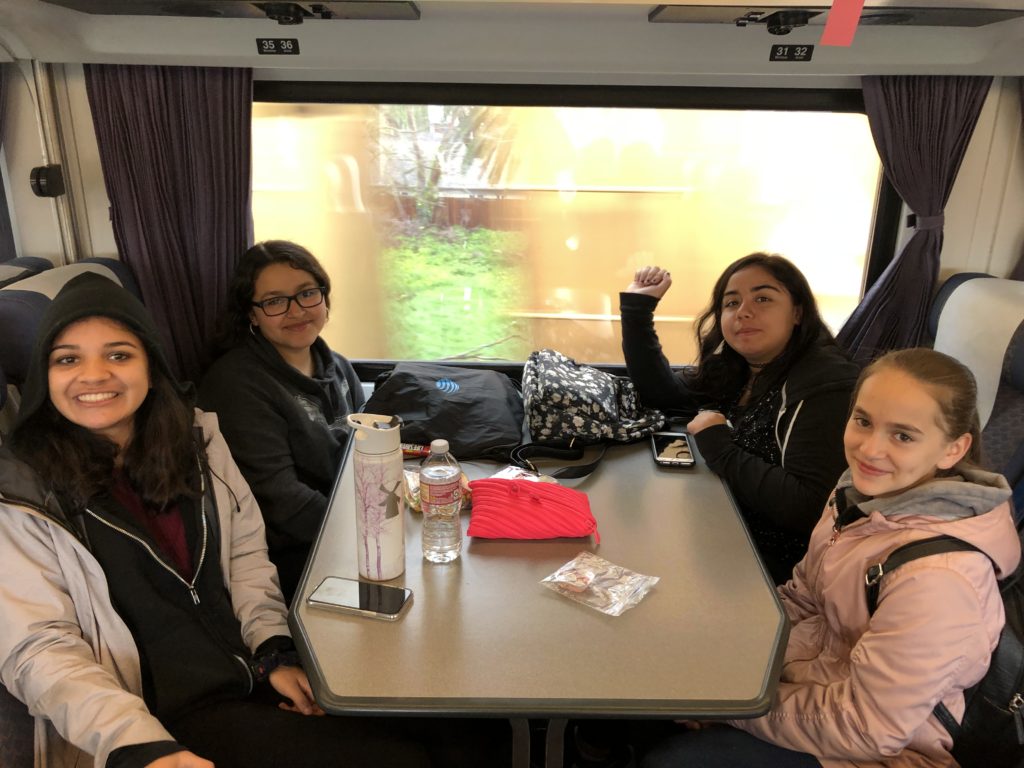