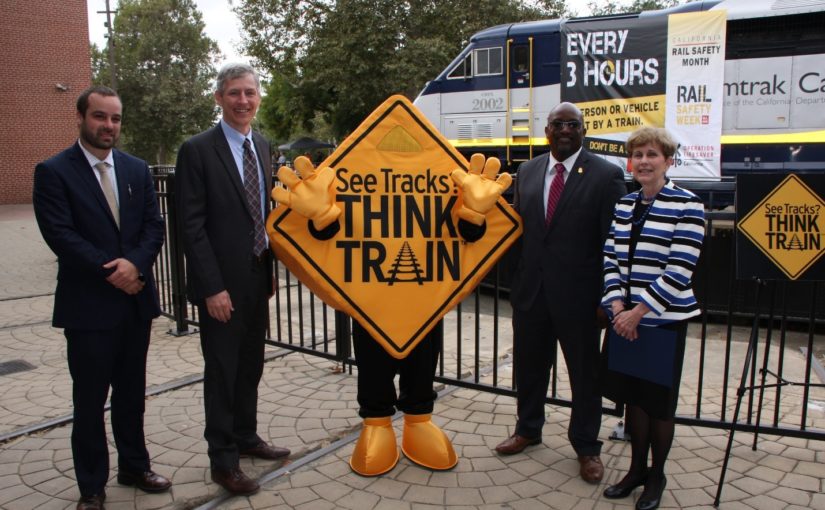 While September 24 -30, 2017, is national U.S. Rail Safety Week, California recognizes Rail Safety the entire month of September. State legislators passed a bill in 2009 that designated September as Rail Safety Month to raise awareness about the dangers of trespassing on and being near railway tracks.

Speakers at the kickoff event, which included James Jordan, Regional Administrator of the Federal Railroad Administration and Caltrans Director Malcolm Dougherty, highlighted the need for continued safety education this month, and throughout the year, emphasizing Rail Safety Month’s campaign slogans #SeeTracksThinkTrain and #SaveLivesTell5.

Along with staff from the CCJPA, representatives from the California Department of Transportation, California Operation Lifesaver (CAOL), Union Pacific Railroad, Amtrak, Altamont Corridor Express (ACE), and BNSF Railway were in attendance. Together, these organizations are committed to reducing the number of rail-related accidents through safety education in a joint effort with elected officials and law enforcement partners.

Enjoy the pictures below from the kick off event on September 7: