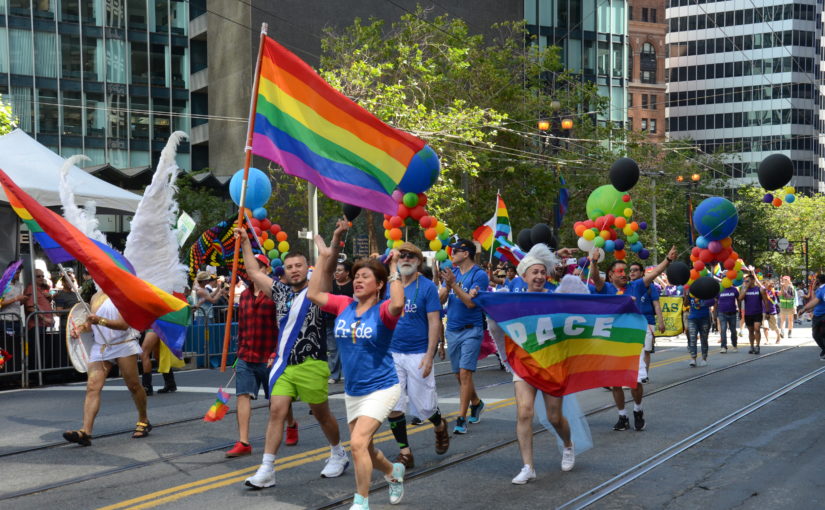 Come to the largest Pride celebration in the nation, enjoy a summery day on the lake in Oakland, and listen to legendary entertainers perform in San Jose. Whatever you decide, you’ll be sure to find something fun to do along the Capitol Corridor!

Happening: 12pm – 6pm Saturday; 11am – 6pm Sunday
Join the most extensive LGBTQ festivities in the nation at San Francisco Pride Celebration in Civic Center Plaza this weekend. With over 200 parade contingents, 200 exhibitors, and more than 20 stages and venues, San Francisco hosts the largest Pride celebration in the U.S. Gay, lesbian, bisexual, transgender, queer and straight revelers will spill into Civic Center for concerts, DJs, performances, and speeches. Entertainment at the steps of majestic City Hall will serve as the main stage, featuring local, national, and international touring acts, community organizations, and engaging thought leaders. The parade will start at 10:30am on Sunday, launching at Market and Beale, and then moving down Market Street. The weekend-long event is free, but San Francisco Pride is asking for a $1 to $5 donation at the gate to the Civic Center area.

Happening: 11am – 7pm
Whether you’re looking to enjoy a relaxing afternoon on the lake or a festive day full of family fun, head over to Oakland’s Northern Shore of Lake Merritt for Lake Fest Oakland. With the arrival of summer, this event will feature a full lineup of live performances, with DJs on two stages, including homegrown talent Ajai Kasim, Oakland Future Trio, DJ Cecil, JAX, Rumbache, and a special guest ensemble. The youngsters can take part part in virtual reality games and other family-friendly activities in the Kids Town area, while you make your way through local libations, brews, bites, and much more!

Happening: 5:30pm – 9pm
Don’t miss R&B’s legendary Tony! Toni! Toné! headlining a ticket show in Plaza de Cesar Chavez at San Jose’s annual summer concert series – Music in the Park. Tony! Toni! Toné! splashed out of Oakland with two albums in 1988 and 1990 that spawned several R&B hits, including: “Little Walter,” “Feels Good,” “Whatever You Want,” “The Blues” and “It Never Rains (In Southern California).” Openers will be No Water After Midnight (from San Jose) and DJs Chale Brown. Known as a community happy hour, Music in the Park summer concert series has rocked downtown San Jose parks and plazas since 1989. General admission tickets are $15 per adult; free for 12 and under when accompanied by an adult. Limited VIP tickets are also available. Day-of-the-event admission is $20 per adult.

Getting there: Take the train to the San Jose-Diridon Station. The Plaza de Cesar Chavez is accessible by the VTA, with a free Transit Transfer.