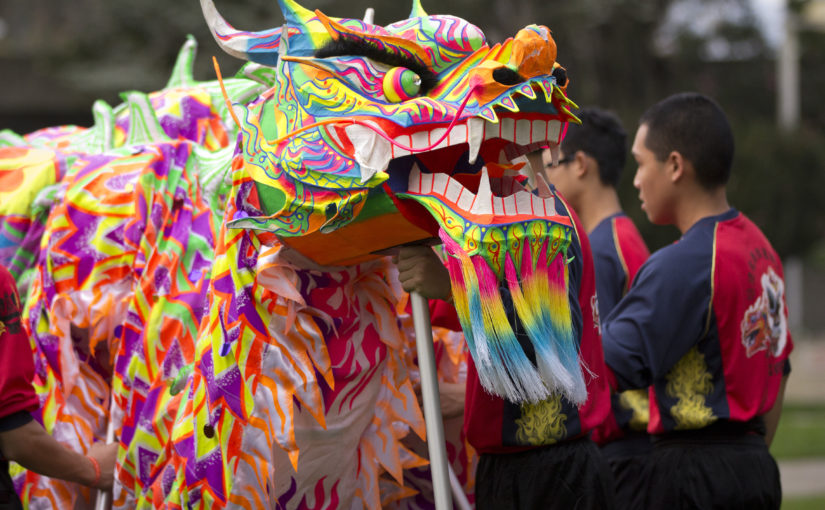 Kick off the weekend with Lunar New Year celebrations in San Francisco and Oakland or savor the taste of bacon dishes in San Jose. There are so many reasons not to stay home this weekend and get on the Capitol Corridor!

Happening: 10am – 8pm
Immerse yourself in the sights and sounds of Chinatown this weekend at the Chinatown Community Street Fair taking place on Grant Street in San Francisco. This is an opportunity to experience Chinese cultural arts, such as opera, drumming, magic demonstrations, lantern and kite making, calligraphy, and the highlight of the weekend, the parade. Started in the 1860s, the San Francisco Chinese New Year parade has grown to be one of the largest celebrations of Asian culture outside of Asia. Parade highlights include elaborate floats, lion dancers, folk dancers, costumed elementary school groups, marching bands, stilt walkers, Chinese acrobats and a 268-foot-long Golden Dragon. The parade will start at 5:15pm Saturday, at Second and Market Streets. Attendance at the two-day fair and parade is expected to be 500,000, so get there early!

Getting there: Depending on your station of origin, take the Capitol Corridor’s dedicated connecting bus from the Emeryville Station to one of our San Francisco stops. You can also connect to BART when you ride to the Richmond or Oakland Coliseum stations and travel to the Montgomery stop, which is an 10 minute walk to the festivities. You can also take public transit using Google Maps, catch a cab, or take Lyft or Uber.

Happening: 12pm – 9pm
You don’t have to be a football player to party on the 49ers’ beautiful home turf. Get ready to indulge in three hours of unlimited bacon dishes and craft beer at Bacon and Beer Classic on the field at Levi’s® Stadium. With more than 100 beers from regional breweries, 30-plus bacon-infused dishes from local chefs, a blind beer taste test, the Hormel bacon eating contest, lawn games, music, and more, you won’t want it to end. Play giant Jenga at the 50 yard line, bob for bacon in the end zone, and pose with friends at the field goal post, all while enjoying pork belly samplings, a donut wall, and pulled pork sandwiches. Tickets are all-inclusive, and you can choose from three ticket types: General Admission, Power Hour, or VIP. You can purchase tickets to attend the afternoon session from 1pm to 4pm, or the evening session from 6pm to 9pm.

Getting there: Take the train to the Santa Clara/Great America Station, which is just a five-minute walk to the stadium.

Happening: 12 – 4:30pm
Ring in the Year of the Dog at the Oakland Museum of California for the 17th annual Lunar New Year celebration. Enjoy live performances and an array of Asian traditions in arts, crafts, food, and more while exploring connections between the diverse Asian cultures represented in California, including Chinese, Tibetan, Korean, Vietnamese, Malaysian, and Japanese. Watch spectacular lucky lion and dragon dances, a magic show, Japanese imperial court music, a martial arts demonstration, Chinese yo-yo tricks, modern K-Pop dance, and fortune telling. There will be cooking demonstrations and hands-on activities all day long, such as making Vietnamese spring rolls, printing Tibetan prayer flags, and creating traditional Korean lucky bags. To honor the Year of the Dog, adoptable dogs will even be available.

Getting there: Take the Capitol Corridor to the Oakland Jack London Station, which is less than a mile from the museum.

Written by: Sylvia Sheehan
Photo courtesy of Feathers of Fury