Hi 👋 friends! How’d you like to snag all this

Like many, we are thrilled about our State's reope

With graduation season in full swing, lots of phot

Starting this month, the #Link21 program will be h

We wish everyone a safe and enjoyable holiday in h

On Memorial Day, Monday, May 31, our trains and bu

Next stop: long weekend. 😎 Thanks for the #CCR

Today, we continue to grieve for those who lost th 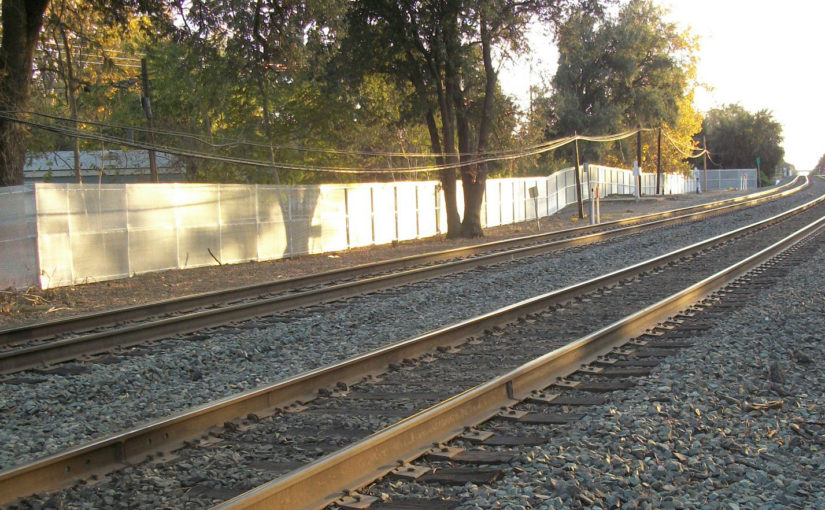 At the Capitol Corridor Joint Powers Authority CCJPA), safety is our top priority – for our passengers, our staff, and members of the communities along our route. Safety is a big part of what we do every day. We know you don’t often hear about these “behind the scenes” safety and security efforts, so we thought it would be helpful to share a quick overview of what we’re doing to keep our service safe and sound.

Safety Fencing & Security Activities
Over the past couple of years, the Capitol Corridor has seen a tragic rise in the number of “trespasser incidents.” These incidents refer to people – in almost all cases not ticketed passengers – who enter the railroad “right of way” illegally and trespass along the tracks. Union Pacific Railroad, which owns nearly all of the 170 miles of the Capitol Corridor route as part of its 23,000-mile nationwide track system, has seen a similar upward trend throughout its 32,000-mile network.

In an attempt to address the impact of these incidents to the communities, train crews, and passengers, the CCJPA  in coordination with Union Pacific, has begun the construction of approximately 6,000 feet of fencing along segments of our route that are particularly vulnerable to trespasser access. This includes seven locations in Richmond, five locations in Oakland/San Leandro, and one near the Hayward Station. These areas are targeted due to high level of trespasser sightings as well as recent intrusion of homeless encampments adjacent to the railroad tracks.

In addition to the new safety fences, this safety project will involve the installation of “No Trespassing” signs, trash and vegetation removal, and physical monitoring by Union Pacific police so that trespassers can be escorted from these dangerous areas. These additional barriers can reduce the number of trespasser fatalities along our route.

Positive Train Control
Positive Train Control (PTC) has been getting a lot of attention lately, particularly in the wake of a 2015 Amtrak train derailment near Philadelphia. Mandated by the Rail Safety Improvement Act of 2008, with rules established by the Federal Rail Administration in 2010, the Union Pacific and other railroads are working towards having PTC installed throughout their rail networks by the December 2018 federal compliance deadline.

What is PTC? It’s an advanced collision avoidance system that will prevent dangerous situations, such as trains going too fast, passing through a stop signal, or entering a work area. It is a highly complex, data-driven system, but put simply, PTC involves three main components: 1) Electronic hardware and software on board the train, 2) Electronic equipment on the tracks, and 3) a sophisticated Back Office System (BOS) that conveys the location of Capitol Corridor trains to the Union Pacific dispatch center.

Security Cameras
The Capitol Corridor has 17 stations along its route, and with service running in the early morning and late at night, we want to ensure maximum security for passengers who are waiting on the platform, especially at unstaffed stations. The security cameras record activity, making them useful for investigative activities, as well as being an effective deterrent for criminal activity.

With that in mind, we are in the process of installing security cameras at the four unstaffed stations that do not already have this equipment – Auburn, Rocklin, Roseville, and Suisun – by the end of summer 2017. Unstaffed stations that already have security cameras are Richmond, Berkeley, Oakland Coliseum, Hayward, Fremont, and Santa Clara Great America.

As a next step – which has yet to be scheduled or funded – we plan to install cameras at the staffed stations of Davis and Martinez. Cameras at the Santa Clara University and San Jose/Diridon stations will be installed by Caltrain, which owns these stations, although a timeline has not yet been developed for this installation. Security cameras are already in place at the staffed stations of Sacramento, Emeryville, and Oakland Jack London Square.