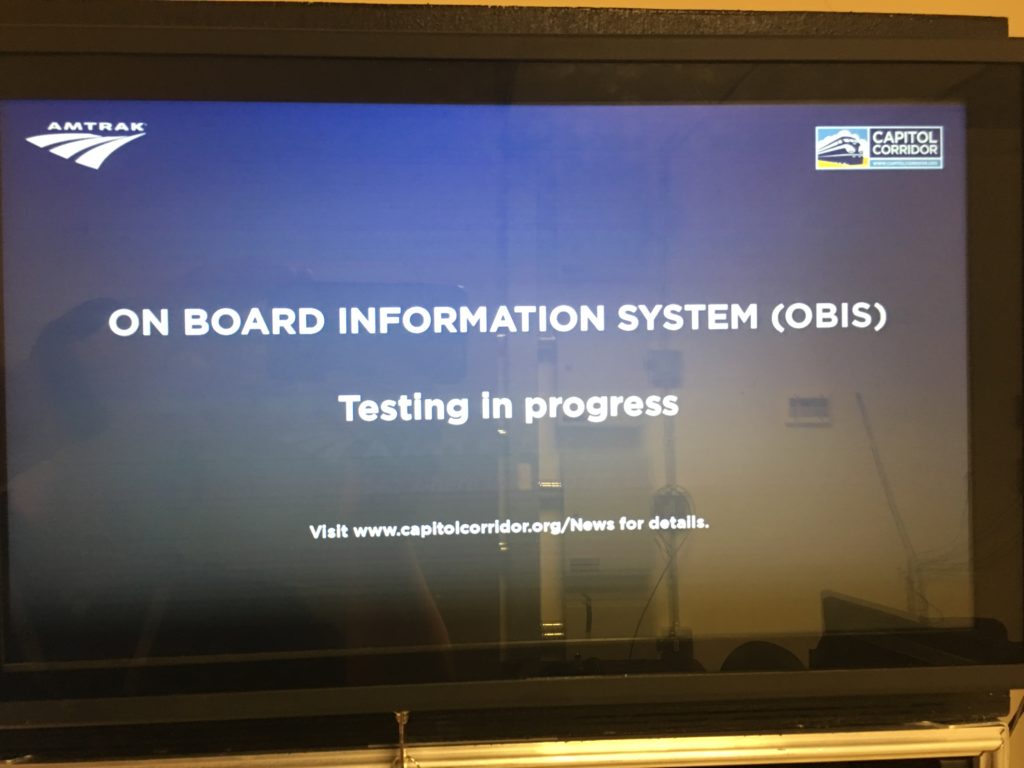 OBIS is coming! What is OBIS you ask? It stands for On Board Information System, and it is our latest initiative – in collaboration with Caltrans, which owns the train equipment – to improve on board communication to riders, including during service disruptions and delays. Funded jointly by the Capitol Corridor Joint Powers Authority (CCJPA) and Caltrans, OBIS is comprised of two key components, both on board the train:

Together these components will provide passengers on board a train with information that is relevant to them during their trip. An Emergency Two-Way system also gives passengers a way to communicate with the train crew in the event of an emergency. Once OBIS is tested and fully deployed, the types of information you can expect to see on OBIS screens and hear via audio announcements will include: 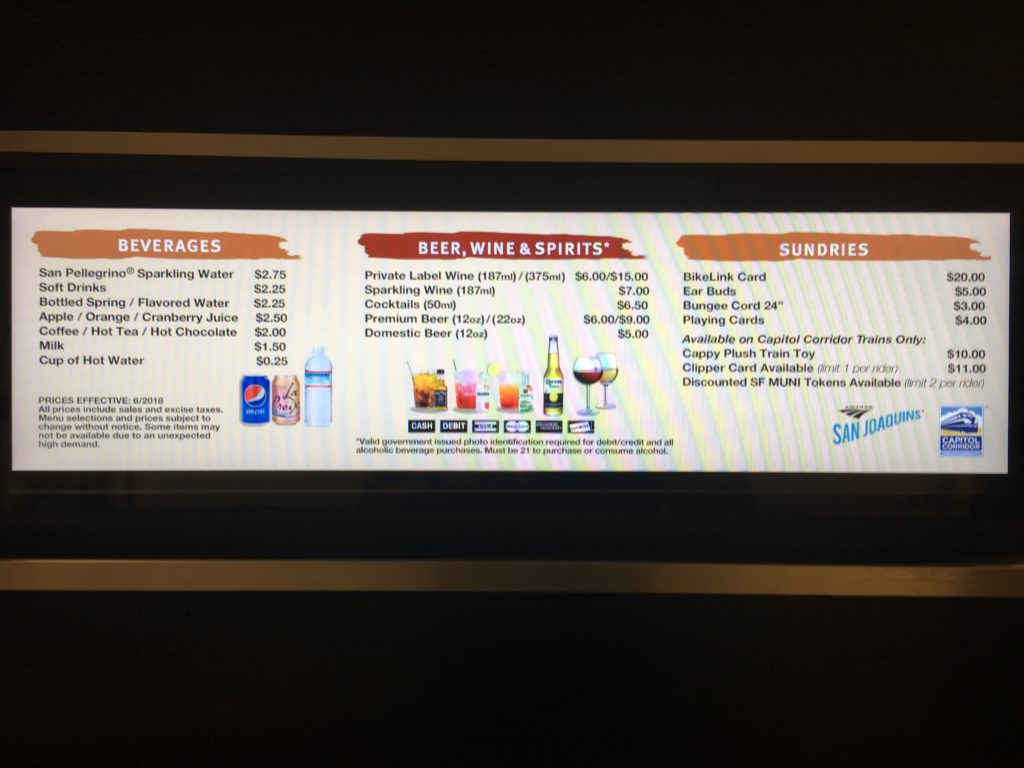 Over time, other messaging related to Capitol Corridor promotions and partners may be incorporated, with priority given to train-related information.

Not only is OBIS another channel for delivering important service information to riders, but it also supports conductors by allowing them to focus on their core responsibilities of ticket collection and individual passenger assistance.

Before rolling OBIS out onto all Capitol Corridor trains, we will be testing the system for approximately two months this summer, starting mid-July and into September. During this period, the testing will also be restricted to trains 529 and 536 – the round trip between Auburn and Oakland Jack London Square – since these trains use the same equipment. The purpose of the testing is to make sure the technical components of the system function properly, and to determine the appropriate balance of content and frequency, through rider feedback, which we plan to collect towards the end of the testing period. Our goal is to deliver information that is relevant and helpful to all passengers (including those who are hearing or vision impaired), without being excessive.

What to Expect During Testing
The testing phase will involve a gradual roll out of different system features and will also be deployed one train car at a time starting in mid-July. As a result, how you as an individual passenger experience OBIS initially will depend on which car you happen to be on and when you are on the train. Again, this testing during the summer will only be on trains 529 and 536. The rough roll out schedule for the testing period will look like this:

After the testing period . . .

Testing should be completed by the end of the summer. After we have had the opportunity to collect and review passenger comments, we will develop a plan and schedule for the production and installation of equipment across the fleet. Our goal is to start installation in early 2019, with full installation on the Capitol Corridor, as well as on the other California intercity routes, completed about a year later with the intent to be completed across the entire state fleet in late 2020.